Before learning scatter plots, it is important to first understand the cartesian coordinate system. Although one might already have desirable knowledge, we’re reviewing them for the sake of completeness. 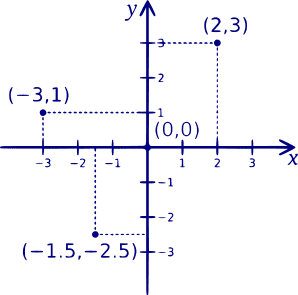 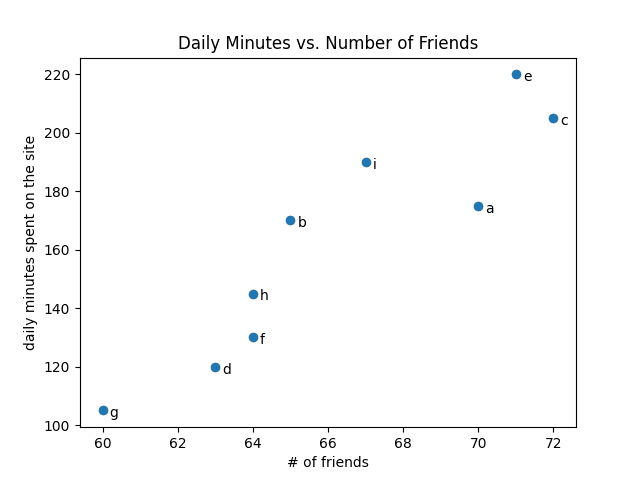 The y-axis indicates the amount of time in minutes a user spent on the site. The x-axis indicates the number of friends the user has. All the small alphabet labels indicate the name of the user we are looking at. For example, user b has 65 friends and they spend 170 minutes on-site each day. We will be learning to plot this in the coming sections.

One might think why we need both a scatter plot and a line chart. A line chart is simply connecting all the dots with a straight line. Both are used to understand the relation between two variables. However, they have fundamental differences. In a line chart, one of the variables is continuous and the other’s value is dependent on it. However, in a scatter plot, both variables are typically independent of each other. Any relation that exists between them might exist through a third variable. A scatter plot can help us reveal such relations.

Drawing a scatter plot using python is very simple thanks to the matplotlib module. We will be following a step-by-step process. One can find the complete program in the end.

Using plt as a short form for pyplot method has somewhat become pythonic.

These are the names of our users. We are giving them alphabets for simplicity’s sake.

The first argument is passed for the x-axis and the second one is for the y-axis.

zip() creates a new list containing values of labels, friends, and minutes as tuples. These values will be passed to the variables label, friend_count, minute_count during each iteration. The plt.annotate method annotates the dots accordingly.

Everything in the above code is hopefully self-explanatory.

Here is the complete code.