The starter contain 3 files - index.html, index.css, and postion.css. The position.css file is empty (other than the selectors) and is the only relevant file for this post. 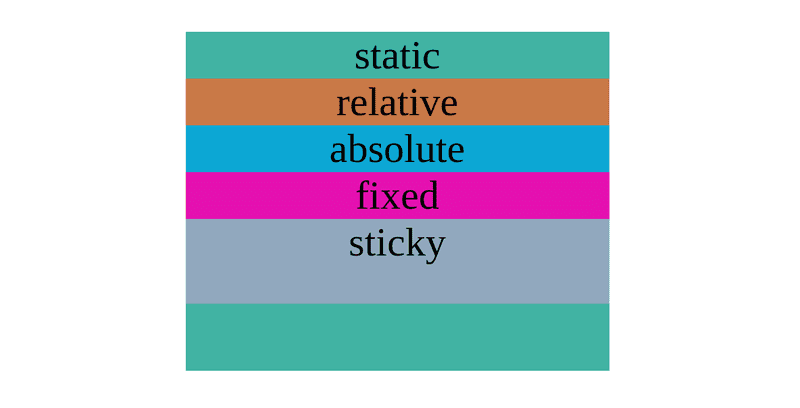 Taking a glance at our index.html file, we can see it has 5 nested divs inside the body.

These are actually the 5 values CSS position property can hold.

The static value is the default. When the position is static, the element is rendered in order as they appear in the document flow. We will use the static div as the parent.

Since static is the default, no position property has to be necessarily applied.

The relative position is used to position something relative to itself. It is done using top, bottom, left, and right properties.

With the above code you should expect two things to happen, 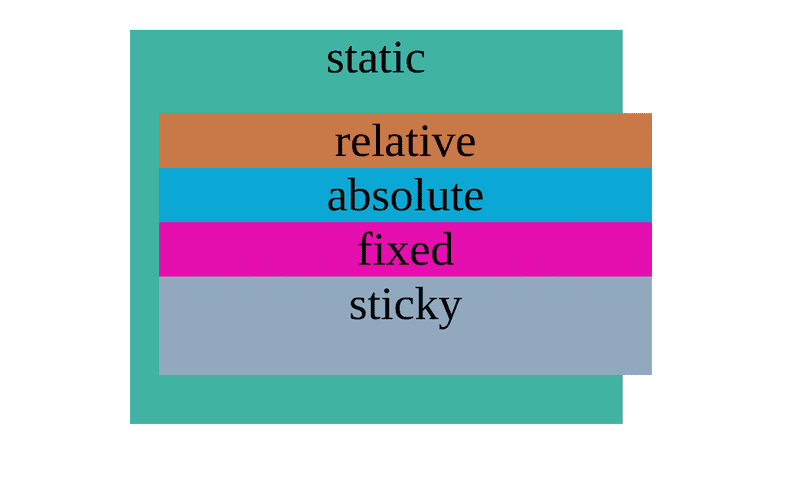 With the above code you should expect, 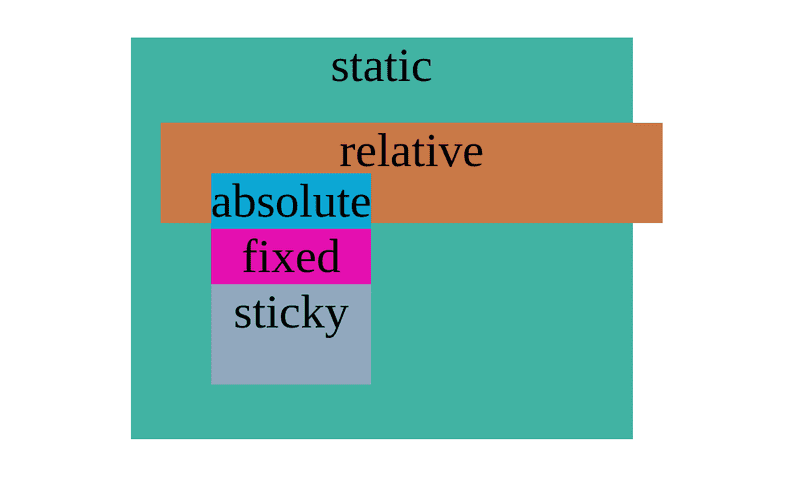 For absolute positioning to work, the parent must be either relative, fixed, sticky, or absolute itself.

However, generally relative position is used as the parent container. Let's clear the top and left properties of relative div. 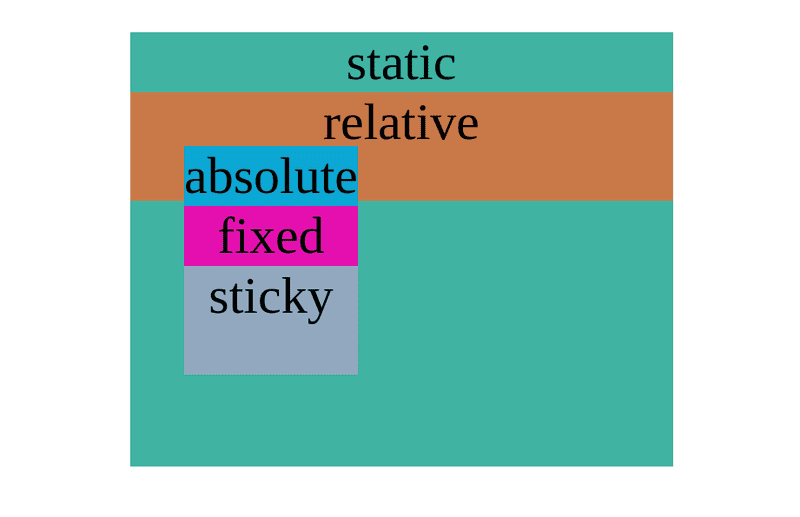 What you see above is a fairly standard setup in the CSS world. We use a relative element to act as a parent for our absolute positioned element. The relative position itself is not very useful on its own.

The fixed position is used to position an element with respect to the viewport.

With the above code you should expect two things, 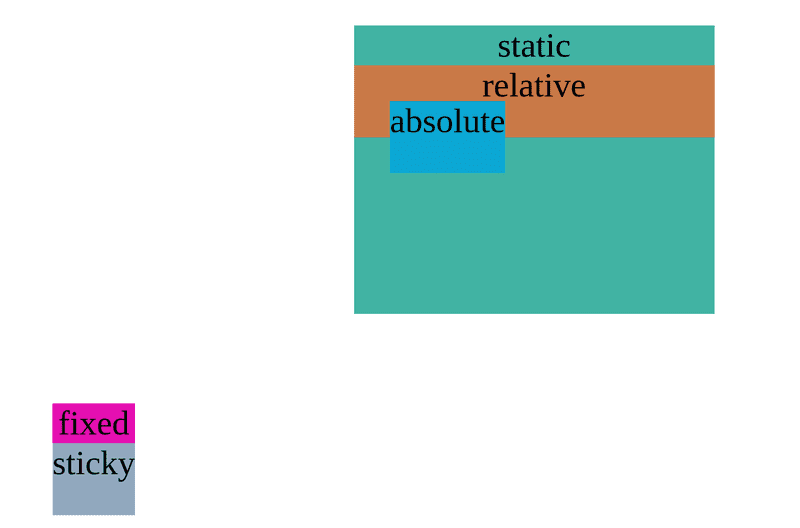 Please note that 100px from the bottom is measured between the sticky div and viewport. This is because the fixed div is the parent.

And finally, the sticky position acts like a relative element until the user scrolls past a given offset point where the element sticks (like fixed elements).

So sticky position is actually a combination of relative and fixed position.

To demonstrate sticky position, we will clear all the CSS applied so far. Then add 300vh height to our fixed div and set position sticky to our sticky div with offset point being 0 pixels from top.

With the above code you should expect, 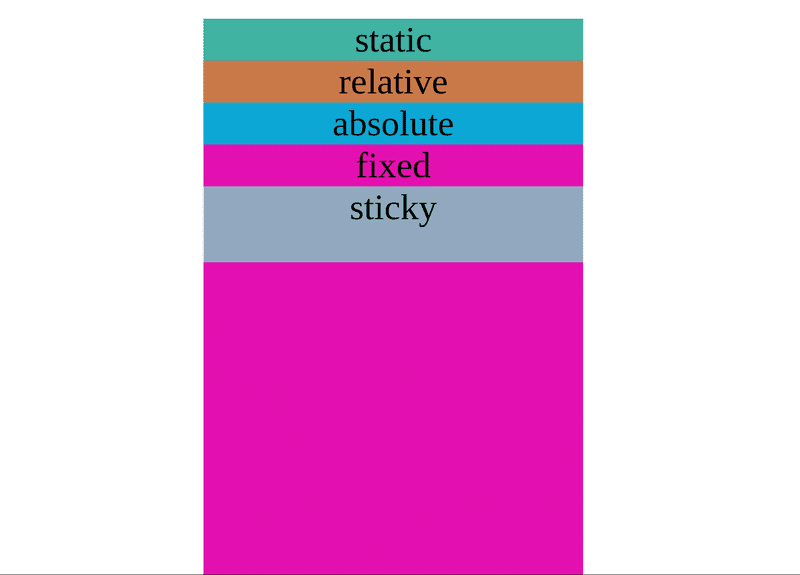 Right now it is relatively positioned. When we scroll past our offset point (in this case, 0px from top), it will stick (become fixed position).

That being said, the position property accepts two more values,

These are values accepted by all CSS properties. It may not find much use in the position property.

All CSS positions (other than static) is fundamentally destructive in nature. This is because it will affect the entire document's flow. Things can also get messy for responsive sites.